Moss A Gardener’s Friend or Foe 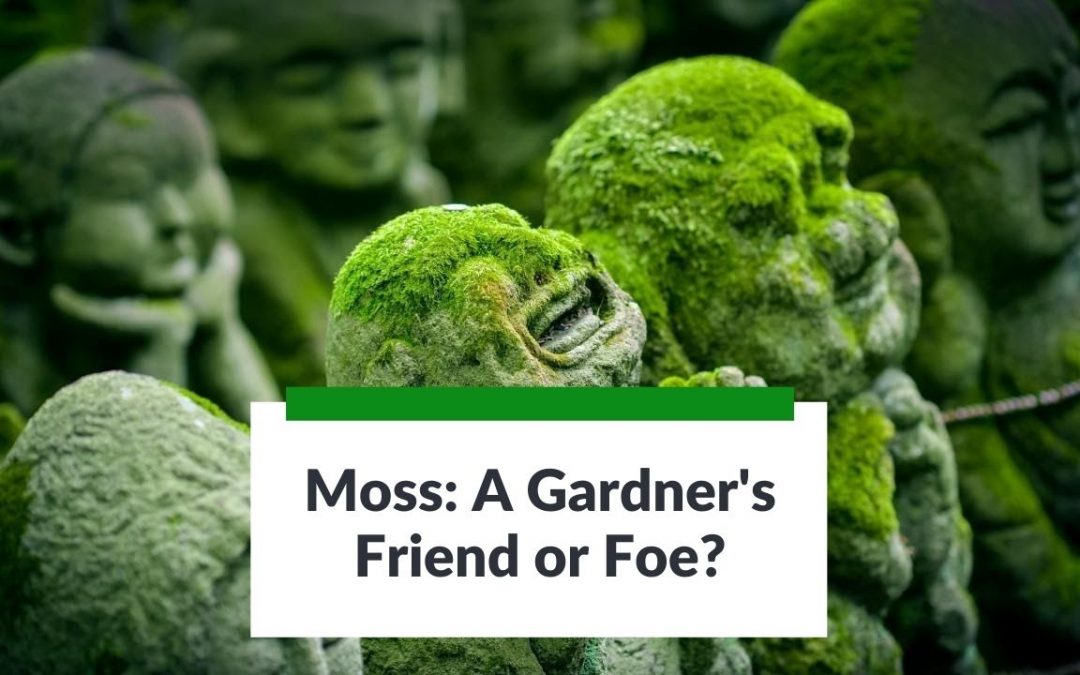 When discussing a landscape design for a shaded garden space, a common question I get asked is “what should I do with all of this moss?”  As those of us who live in the Pacific Northwest know, moss has the potential to take over any space and cling to almost any object as long as it is protected from the sun and kept moist for long periods of time.  Some choose to fight the moss to keep it at bay, while others embrace it.

Those who fight the moss see it as a weed that needs to be kept off of their patios, walkways, and lawns.  Others might actually like the look of it because it reminds them of images of moss-covered stone walls in Ireland or Scotland.  Some regions of the world have embraced moss’s carpet-like look and will design entire gardens around them, most notably in Japan (more about that later).

The natural presence of moss can indicate what kind of condition a yard is in and whether anything needs to be done, such as cutting back tree branches to allow more sunlight in, or redirecting water to move moisture away from the area.  Both these tactics would discourage more moss growth and could make a yard generally healthier, however, this isn’t always the case.  And whether or not moss should be encouraged or deterred simply comes down to a homeowner’s personal preference. 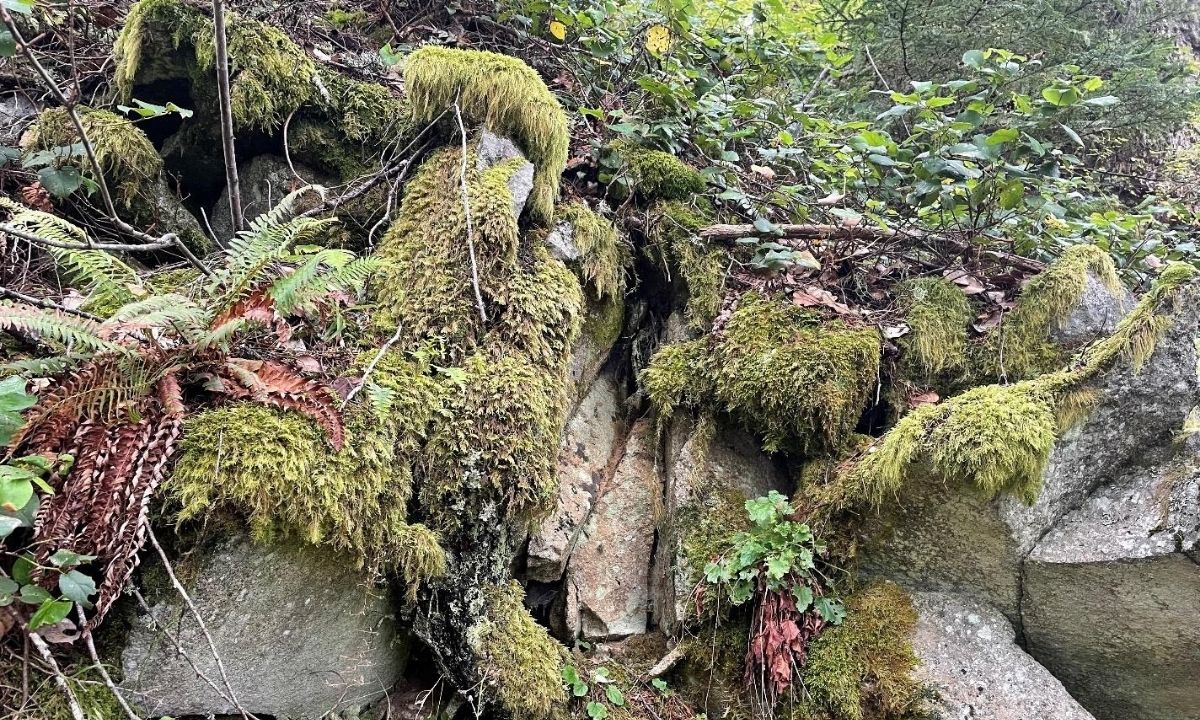 Is Moss Even a Plant?

First off, in order to better understand how moss grows, it is useful to know what moss actually is.  Moss is made up of a colony of very tiny plants that don’t flower or produce deep root systems, which is why it is relatively easy to pull off a wide flat chunk of it from the ground, rock, roof, or whatever surface it’s clinging to.

Moss is part of the Bryophytes plant group which also includes liverworts and hornworts.  It is estimated that there are at least 12,000 species of moss that grow all over the world and can survive in a wide range of habitats.  Oregon Beaked Moss (Kindbergia oregana) grows from British Columbia to California and is made up of long, green, feather-like plant material that live happily on organic surfaces such as humus and rotten logs.

Another Pacific Northwest native, Cat’s Tail Moss (Isothecium stoloniferum), can take over entire trees and has the ability to turn Big Leaf Maples into giant, green, fuzzy monsters.  The Hoh Rain Forest of the Olympic Peninsula is famous for this and draws thousands of visitors from all over the world who want to see the fairytale-like trees in person.

How to Deter Moss

Many residential yards in our region have at least one spot that is overrun with moss.  This can occur because it is a very shaded area, or has compacted soil, or is wet for most of the year, or all three!  In my experience, though, what can really upset a homeowner is when moss starts to creep into the lawn.

Here’s one example:  A homeowner installed a lawn many years ago and planted a young Dogwood sapling next to it.  20 years later that sapling has turned into a large flowering shade tree and now part of the lawn is starting to die back with the moss filling in the gaps.  The tree’s canopy blocks the sun and its roots suck water and nutrients from the soil- something grass desperately needs to thrive, but moss doesn’t because it absorbs nutrients and water through its leaves.

The homeowner has a few options in this scenario:

There are ways to kill moss using chemicals found at most garden stores, but I prefer to keep chemicals out of my yard to protect other nearby plants, visiting wildlife, and our local watershed.  A pressure washer is a more eco-friendly way to remove moss and is best used on hard surfaces like paved walkways, patios, retaining walls, boulders, etc.  Either method only yields temporary results though since the moss will grow back within a few months if the environmental conditions aren’t changed. 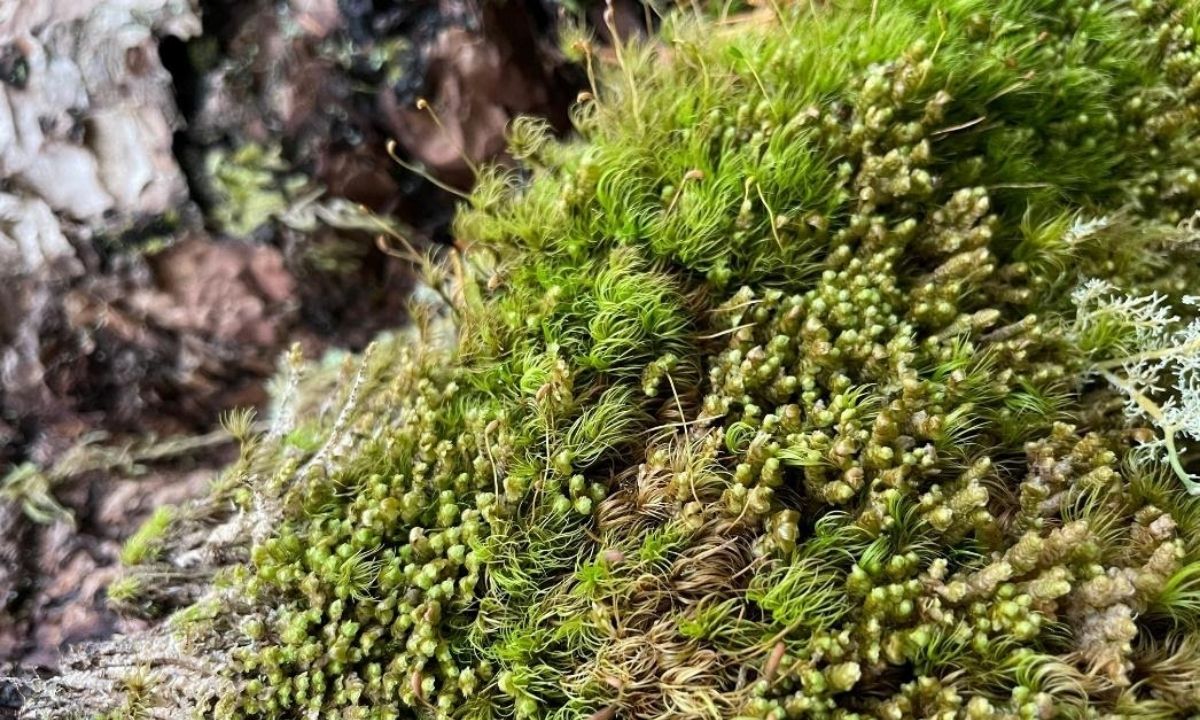 How to Design With Moss

Moss can be elusive and unpredictable, yet it still has the ability to elevate the look of a space.  Some people may let moss grow in their yard because it is simply not worth the effort to try to remove it.  For others, they really love the look of it, which can be especially pleasing in spring and autumn when the moss’s color is at its most vibrant!

The Japanese have included moss in their landscape designs for centuries.  Saihoji, also known as Kokedera, or “Moss Temple”, in Kyoto, Japan has been around since the 14th century, and, as the name suggests, is famous for its carpet of moss throughout much of the garden.  Moss grows in between evergreen shrubs, ferns, rocks, ornamental trees, and traditional Japanese lanterns, uniting them all.  This creates a calming feeling for those who visit.

Another temple in Kyoto, called Otagi Nenbutsu-ji, features over 1,200 sculptures of miniature Rakan,(Buddha’s disciples).  They were carved in the 1980s by the then-resident priest, Kocho Nishimura, as well as visitors of the temple whom Nishimura taught the craft to.  Even though the statues are only a few decades old, they look like they’ve been around for centuries due to the thick covering of moss.  The moss also ties the statues to the natural surroundings, blending them into the forest behind them.

Irish Moss (Sagina subulata) is native to Europe, but can be found in many nurseries across North America.  While this plant looks and behaves like moss it is actually not a moss at all!  In fact, it is more closely related to carnations!  Irish Moss has a lovely soft green hue and bears little white flowers in the spring and requires similar environmental conditions as true moss.  An almost identical variety, Scotch Moss, has brighter yellow-ish foliage that contrasts nicely against the greener Irish Moss. 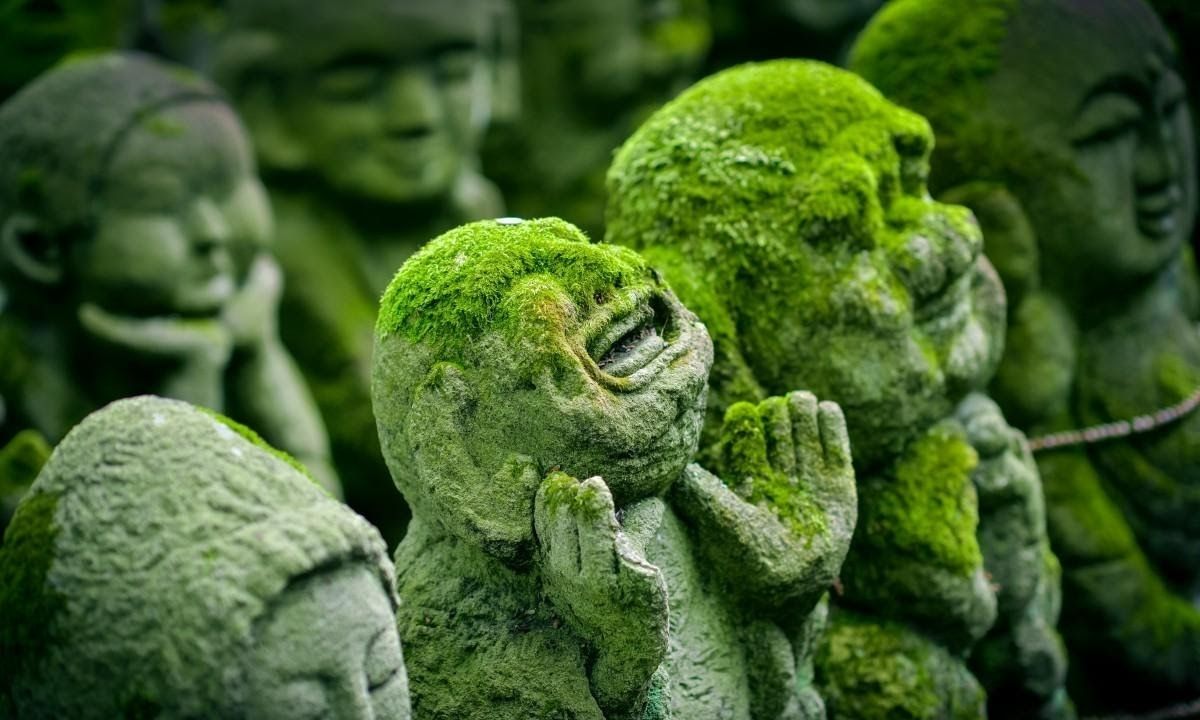 Moss that has already established itself in the landscape is pretty easy to care for (hint: just let it be), but it can be a challenge to start a new moss garden from scratch.  Although moss has the ability to grow and thrive in relatively harsh conditions, it does require specific conditions where, if not met, the plant will struggle and possibly not survive.  Typically, a successful moss garden will be mostly shaded with some dappled sun and kept moist- but not overly saturated- for most of the year.  Another thing to keep in mind is that moss does not grow well on top of fresh needle droppings, so it won’t typically thrive under large conifer trees.  If the moss turns brown in the summer don’t panic.  It may just have gone dormant until the rain returns in autumn.  If the plant feels brittle or the leaves look burned, provide more shade or water to bring it back to health.

How We Can Help

Every member of our team at Blessing Landscapes is knowledgeable and skilled when it comes to working in landscape design. The value of education and continued learning is evident in our designs and installations. Our crews are always well informed about the plants they work with, and we’re committed to the long-term health and beauty of each and every plant incorporated in your landscaping.

We consider working with our native PNW plant species an honor, and we love doing our part to make our environment and ecosystems healthier and more beautiful. Call us at (503) 284-3557 or contact us online today and let us help you create a carefully planned, natural, and lush landscape for your property.